BioX At The Knight Of Champions August 17th | BioX Nutrition

BioX At The Knight Of Champions August 17th 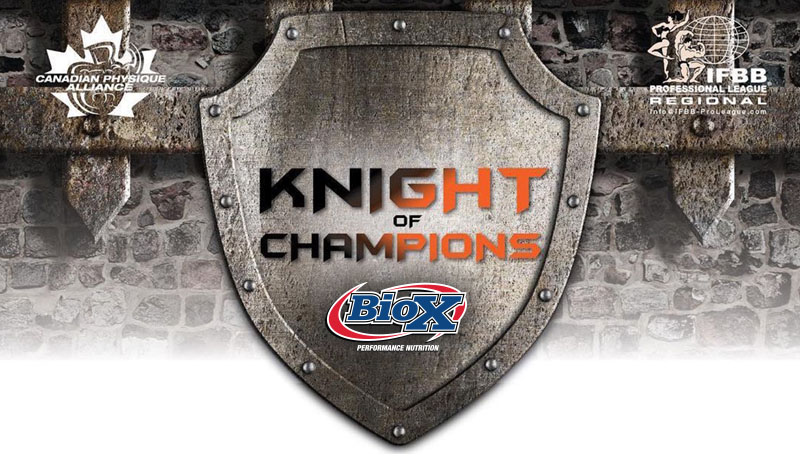 14 Aug BioX At The Knight Of Champions August 17th

Posted at 15:56h in News by bioxnutrition 0 Comments
0 Likes

BIOX Is AN OFFICIAL SPONSOR FOR THE 2019 KNIGHT OF CHAMPIONS

The “Night of Champions” has been name to a number of iconic events in the sport of bodybuilding, most famously as the predecessor to what is today known as the IFBB New York Pro and BioX will be there! Come by our booth and sample some brand new products as well as some classic favourites!

Legends of the sport including Lee Haney, Kevin Levrone and Dorian Yates forever etched their names into bodybuilding history books on these stages.

The 5th annual Knight of Champions explodes onto the stage of the Chandos Pattison Auditorium on Saturday, August 17, 2019!

This open regional show is a qualifier for the Canadian National Pro Qualifier in October, as well as the 2020 Toronto and Vancouver Pro/Am!

Who will take home the coveted overall swords?