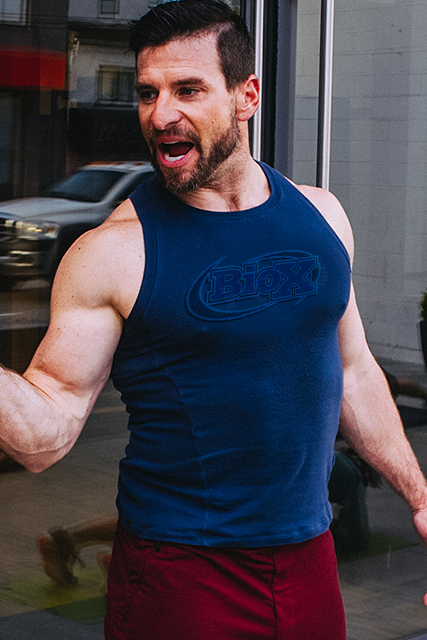 Yvan is an actor living in Vancouver, nicknamed ”the Chameleon” he is best known for his ability to change his appearance and for his unique abdominal muscles. Named after legendary hockey star Yvan Cournoyer, his parents raised him and his three brothers on a pig farm in a rural part of the province. Passionate about sports, while tending to the farm, Yvan spent as much time developing his physique and learning about fitness as he could. He was awarded amateur athlete of the year in Québec. This is where he got discovered by a major modelling agency in Los-Angeles.

From here everything went very fast. Yvan was recognized as Outstanding Model of the Year by the Institute Top Modèle of Montréal. This quickly brought him to the attention of world-renowned photographers. Yvan packed up everything he owned and moved to Vancouver, British Columbia to break in the movie industry. Up to this time, he had only spoken French but was quickly submersed into a world of English speaking people. Determined to succeed, he quickly picked up English and and found a Talent Agent in California. Meanwhile Yvan became one of Canada’s most sought after personal trainers. His client list includes Hollywood celebrities, fitness models and even Miss Canada and Miss World Nazanin Afshin-Jam.

Yvan became the subject of a major photo feature in Playgirl magazine and this raised his stature to the level of international star. Yvan then signed with the production company Mega Muscle and have created a dozen workout and lifestyle DVDs and a series of calendars and other by products. With a Porte-folio of over 36 magazines covers and counting, his career is presently at the top. Yvan is also known as the face (and body) of Ginch-Gonch Underwear, Sweat Underwear and Abercrombie and Fitch. He is presently hosting and producing his own lifestyle T.V. show called Chupacabra.