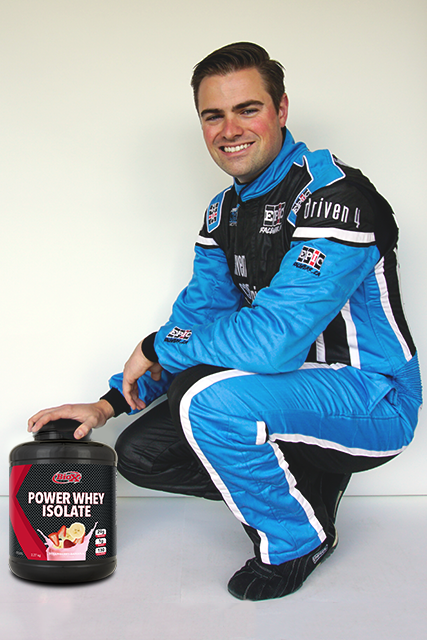 Pete Started racing Go-Karts at the Age of 10.  After achieving 2 championships and winning many races he decided it was time to follow his Father’s footsteps and move into full body stock cars at the age of 13.  Pete won 29 races in his very first season, and again was ready to move up.  He spent two seasons in Late Model Stock Cars and picked up 8 more wins along the way, shattering age/win records across the country.  Pete made the jump into the CASCAR Super Series (now the NASCAR Pinty’s Series) and in his first season he won the Rookie of the Year and place 10th in the final points standings out of over 40 registered drivers.

Pete’s success continued across the border where he won races at New Smyrna Speedway and had solid results at other well-known race tracks.  After appearing on the American Realty TV show, Rush Racing Driver X, which premiered on Discovery Channel USA.  Pete signed a multi-year development contract which spanned from 2005-2009.  He was able to compete in 7 NASCAR Camping Word Truck Series races, 10 ARCA Racing Series races, and 7 USAC Silver Crown Series races racing out of the historic Roush Fenway Racing stable.  Pete moved back to Canada from North Carolina in 2009 and started his own NASCAR Pinty’s Series team.  In only 18 starts over 3 years Pete claimed 5 wins giving him the highest winning percentage in NASCAR Pinty’s Series History.  Pete Shepherd plans on Racing even More in 2018 under the Pete Shepherd Motorsports banner.  He believes that a healthy diet, strength and cardio training, along with BioX Performance Nutrition Supplements keeps him ahead of his competitors.  Especially during long gruelling races, when a conditioned racer is a better racer!