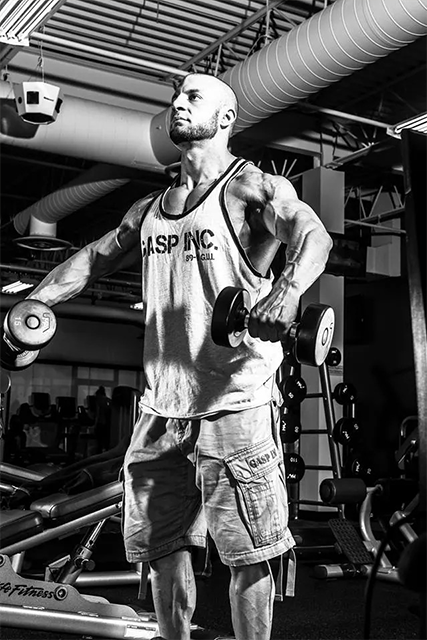 I began my journey as a competitive bodybuilder in 2008. My competitive hockey days had come to an end, and the goal of staying shape through weight training started to become more important to me. I had lifted weights on and off in the past but was never overly serious about it.  As the bodybuilding bug bit,me, I became interested in learning everything I could about training and nutrition so that I could better my physique. The goal was to one day step on stage and compete as a bodybuilder. That day finally came in November of 2011 where after 20 weeks of dieting I won my class at the OPA London Ontario Championships. Since that time, I have moved up the ranks and placed as high as 4th at the national level. My goal is to always look and perform better than my previous contest showing and to keep striving to create a perfect physique.