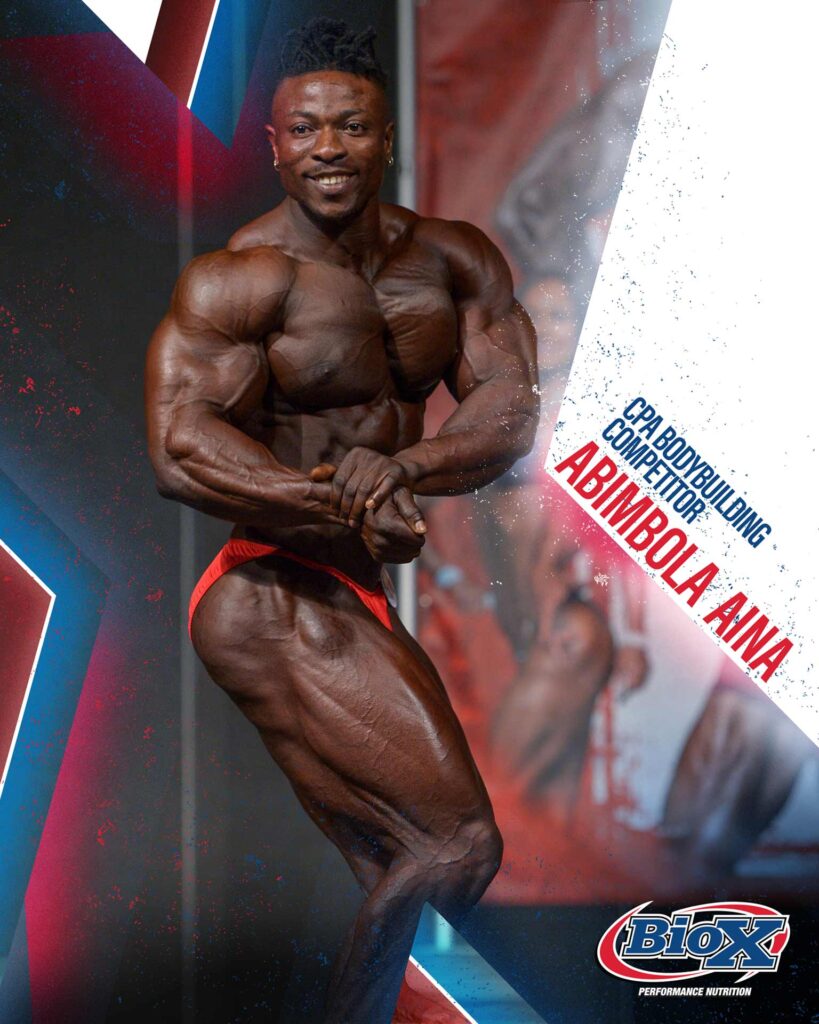 My name is Abimbola Aina, born and raised in West Africa(NIGERIA) and moved to Canada 2010. My fitness life started in 2003 but I did not get into the bodybuilding industry until 2010 when I moved to Canada. Presently, I work for the United Association 179 as a Journeyman steam/pipe fitter.
Life has been really great to me so far and I’m going to continue making loud noises on the National Stage with Bodybuilding.

I have placed Overall in some competitions in my bodybuilding career thus far.

I won the title of Mr. Saskatchewan in Bodybuilding 2016.

I was in a movie/documentary with CBC Canada in 2017.

I have placed top 7 in Canadian Nationals Bodybuilding in 2017.

I placed top 5 in Canadian Nationals Bodybuilding in 2019.

Check out the biography of my life story featured on a CBC documentary and can be viewed on this link.

I choose BioX Performance Nutrition because I love that they are Canadian and they offer a wide variety of products. My favorite is the Power Pump and any flavor because it will take my workout to the next level.

I also stack my Power Pump with Creatine Rush, Glutamine Rush, and Muscle Amino. I also absolutely love the Power Whey Isolate. When I am hungry for gains I include the Lean Mass Gainer into my regimen.

Prep season I go with whey isolate protein only.

I am very happy to be a part of the BioX family.