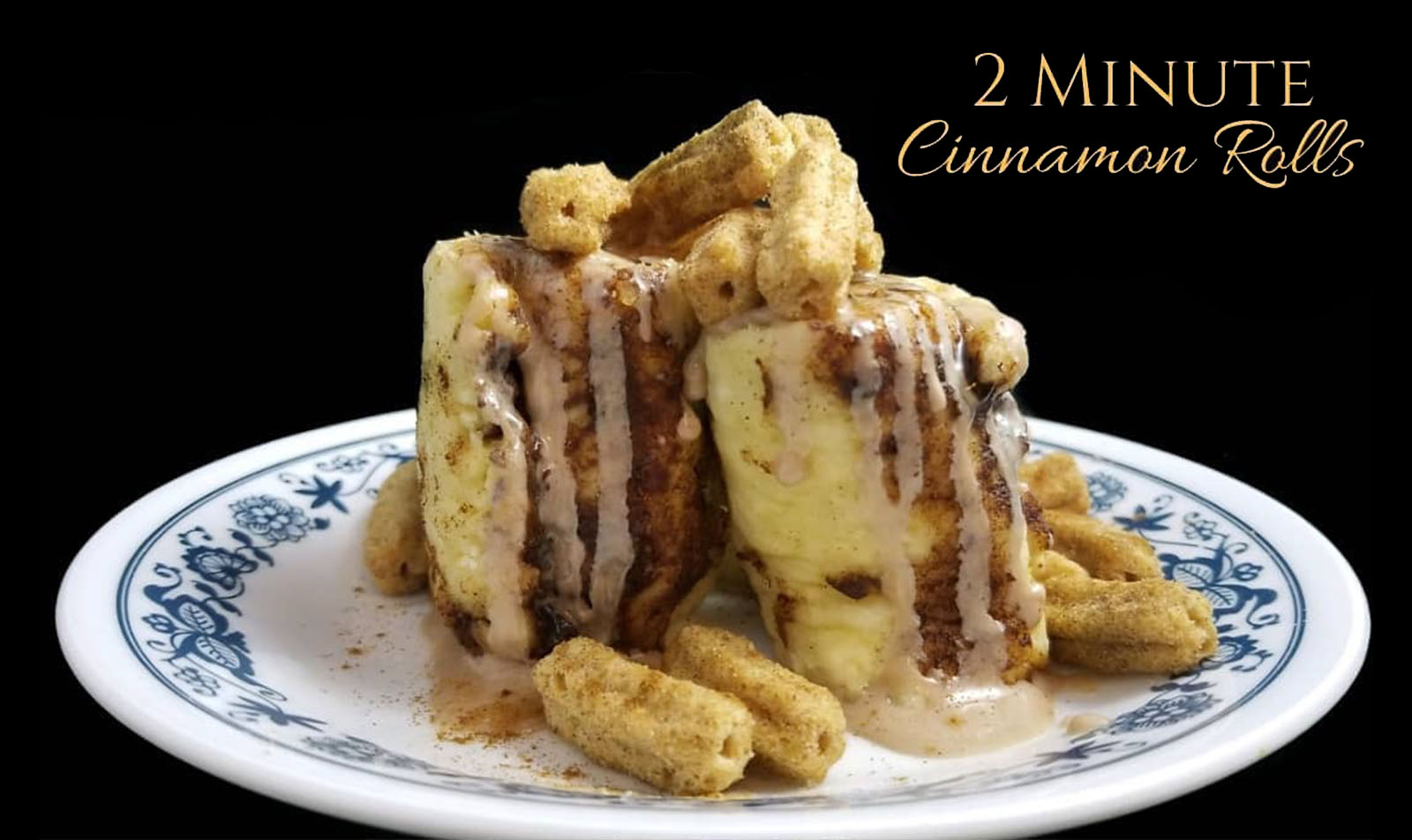 Posted at 15:25h in Recipes by bioxnutrition 0 Comments
0 Likes

1. Mix the Bisquick and Greek yogurt together in a bowl, stirring until you can form one ball of dough.
2. Use your hands to press the dough as flat as possible.
3. For best results, use a rolling pin or the backside of a rubber spatula to get the dough as thin as possible.
4. Microwave the butter for 5-10 seconds until melted before stirring in the cinnamon and sweetener. Spread the mixture over the center of the dough.
5. Roll the cinnamon roll dough lengthwise before cutting the roll in half.
6. Place the rolls in a small mug, cut side up.
7. Gently rub any remaining cinnamon sugar spread on the outside before microwaving.
8. Microwave for 90-120 seconds or until the cinnamon rolls are cooked in the center.
9. While the cinnamon rolls cook, mix the protein powder with water and stir until smooth. You can make it to the consistency you like, I prefer it to be a bit on the thicker side to mimic the cream cheese glaze you usually see on a cinnamon roll.
10. Add the glaze to the cinnamon rolls when they’re done cooking.